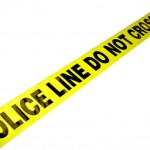 The head of the Romanian police and the deputy minister of interior were sacked last week after a series of corruption scandals that has damaged its image as the institution plays a central role in the Schengen accession efforts.

Toba was sacked for flawed management after a daring daytime assassination in the northeastern town of Piatra Neamt in mid-November. A local mobster was shot dead in a café in an apparent faceoff among rival gangs.

An internal inquiry by the interior ministry found that, despite warnings from the intelligence services, local police ignored the proliferation of crimes and ditched about 2,200 investigation files concerning serious crimes. In about 100 cases, citizens‘ written complaints weren’t even registered, as stipulated by law.

The head of the county police, who was a protégée of Fatuloiu, was sacked after the inquiry disclosed he had close connections with the murdered mobster.

In a separate case, Fatuloiu also had to account for his alleged ties to another controversial businessman, Catalin Chelu, after it emerged Chelu tried to offer Fatuloiu a 1m-euro bribe to help him shelve several tax evasion and money laundering cases swirling around Chelu.

Fatuloiu said he informed the National Anti-corruption Department (DNA) about Chelu’s intention. Chelu and his middlemen were caught red-handed when they were preparing to deliver the money and two luxury cars.

But Fatuloiu could not answer questions about how his relationship with the businessman started in the first place, or about his involvement in the Piatra Neamt killing.

„We may say the scandal has a somewhat positive side, too: it shows the criminal investigation apparatus is doing its job, that the state fights back when it has to deal with such high profile corruption scandals,“ Laura Stefan, anti-corruption co-ordinator with the Romanian Academical Society (SAR), a leading think tank, told SETimes.

„But this is not really breaking any news to the European Commission. They know, for instance, the National Anti-corruption Department (DNA) is effective,“ she added.

What may happen instead, she said, is that European partners will feel their fears are being confirmed.

„The bottom line is that the Western states are more and more pronouncedly talking about trust when they mention Romania and its expected Schengen accession. So when you have a state where a state secretary is offered a 1m-euro bribe, then you can tell there is a serious problem at the interior system,“ Stefan said.

„This scandal doesn’t come to cement the feeling of trust the West has been seeking in us because Schengen also concerns sharing of data, and one might fear some of this data could be, for instance, traded for an amount of money,“ she said.

The two scandals also have taken a toll on public trust. According to a poll conducted by CSCI and released on Wednesday (November 24th), 66% of respondents said they don’t trust the Romanian police, while 86% think police are connected to underworld clans.

One response to “Romanian police in corruption scandals”