The Arab Spring of “Security made in Germany“ 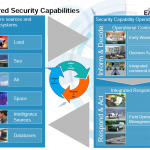 Investigative journalists have revealed a secret mission by the German Federal Police to train border guards in Saudi Arabia. The episode sheds light on the much broader engagement of the German security-industrial complex in arming authoritarian monarchies in the Gulf region.

More than 500 German police officers are posted to foreign countries. They act as liaison officers, train colleagues, bolster border controls, support document checks at consulates, guard German embassies and police crisis regions under the flag of the United Nations, the Organization for Security and Cooperation in Europe (OSCE) or the European Union.
[1] It is well known that the largest of the German police force’s foreign missions are taking place in Afghanistan and Kosovo where almost 300 officers complement the military engagement of NATO troops. Nonetheless, it came as a surprise when it was revealed in April 2011 that another major mission is taking place in Saudi Arabia. (pdf at statewatch.org)