Browse: Home / 2010 / Oktober / Belgium: Police could be armed with Tasers

Belgium: Police could be armed with Tasers 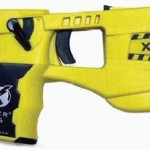 The government is to look into the possibility of arming police with the electronic weapons known as Tasers, following the fatal shooting of a 25-year-old man by police in Putte.

Interior minister Annemie Turtelboom last week agreed that the question would be examined after a request from police representatives and from the local police committee of the Brussels West zone, which had requested permission to issue Tasers to its officers.

The incident in Putte, near Mechelen, took place after the parents of Raphaël Verhoeven called police to calm their son, who was severely disturbed following an argument with his girlfriend. He had been suffering from depression following a road accident in which a woman died, for which he was soon due to appear in court. When police arrived, according to reports, he threatened them with a machete. Police opened fire, killing him. An investigation is under way.

The incident shows that police require something in their arsenal between pepper-spray and a firearm, Turtelboom said. „We need to look into whether the currently strict rules need to be made more flexible.“
The Taser, manufactured by Taser International, is an electricshock weapon that shoots probes into a target’s skin; the target’s muscular control is lost briefly, making it easier for police to overpower the target. It is one of a growing range of „non-lethal weapons“ developed for law enforcement, but the description is somewhat optimistic: Amnesty International points out that 334 people were killed worldwide during Taser interventions between 2001 and 2008.

At present, only members of the special intervention squad of the federal police and the support unit of the Antwerp police are allowed to be armed with Tasers, and only on the express instruction of the interior minister.

One response to “Belgium: Police could be armed with Tasers”