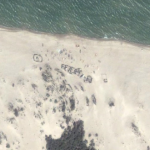 The EC-funded project G-MOSAIC (GMES services for Management of Operations, Situation Awareness and Intelligence for regional Crises) provides intelligence data that can be applied to early warning and crisis prevention, as well as to crisis management and rapid interventions in hot spots around the world. Recent activations of the project include for instance the illegal monitoring of charcoal production in Africa, the delivery of population distribution maps in support to yearly surveys in Asia or the analysis of widespread damages due to continuous rainfalls in combination with unstable grounds in Latin America.

G-MOSAIC aims at identifying and developing products, methodologies and pilot services for the provision of geo-spatial information in support of EU external relations policies and at defining and demonstrating the sustainability of GMES global security services.

Within the G-MOSAIC security service portfolio, the following security domains have been identified:

One of the latest project activations relevant to the Natural Resources and Conflict is related to the monitoring of illegal charcoal production in the Virunga National Park (Democratic Republic of Congo). The main indicator being the deforestation on the slope of two active volcanoes close to Goma, where ground monitoring is not possible as it is controlled by armed groups. The other activations are related to the delivery the population distribution maps requested by the G-MOSAIC users to support the yearly village survey in the areas of Shan (Myanmar), and Quetta (Pakistan).

Regarding the monitoring of critical assets, G-MOSAIC is involved into the analysis of the widespread damages due the continuous rainfalls in combination with unstable grounds in high risk zones related to the Colombian rain season (due to “La Nina” effect).

The border monitoring activities have been combined with those related to the Crisis Management and Assessment (with Rapid Geospatial Reporting products) in order to monitor and provide an interpretation of activities detected in the estuary of San Juan River (in the border between Nicaragua and Costa Rica), due to the interest of the user to focus on the ongoing dispute between the two countries.

As far as the Middle East crisis is concerned, G-MOSAIC Crisis Management and Assessment services have been focussed on the rapid assessment reporting of logistic infrastructures such as airports, harbours and embassies, in order to support potential evacuation operations.

Finally, because of its proximity to the border with Israel and the Golan plateau, the presence of settlements of Palestinian refugees and the United Nations resources, the city of Tyre (in Lebanon) has been considered as an interesting test site for the creation of maps from high resolution (optical and radar) images and change detection analysis.