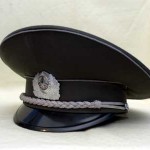 A Chinese telecom-equipment giant has held talks to install a video-surveillance system for Belarus, according to the government of the former Soviet republic, an authoritarian regime with a track record of suppressing public dissent.

The company, Huawei Technologies Co., recently said it is scaling back its business in Iran. The announcement came after a report in The Wall Street Journal that Huawei was supporting technology that can be used by Iranian police to track mobile-phone locations.

The discussions in Belarus show the company is still among those pursuing business deals with authoritarian governments.
Huawei confirmed last week that it had signed a memorandum of understanding with the Belarus Ministry of Industry „to pursue discussions that could lead to agreements on a number of projects related to telecommunications.“ The Chinese company says specific projects are unconfirmed and remain subject to formal contract negotiations. (more on wsj.com)