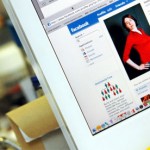 Israel is the latest country to turn your Facebook posts and Twitter feed into a matter of state security by launching a new military-run internet information monitoring system.

Relying on pre-determined key words, Gil told the Digit 2012 conference the system will zoom in on information once difficult to obtain.

„I think that you can’t try to catch everything,“ she said, „because that will make the censor lose its relevance, and furthermore – its morality,“ the daily cites her as saying. (more on rt.com)