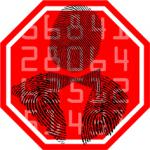 “The Internet is watching us now. If they want to. They can see what sites you visit. In the future, television will be watching us, and customizing itself to what it knows about us. The thrilling thing is, that will make us feel we’re part of the medium. The scary thing is, we’ll lose our right to privacy. An ad will appear in the air around us, talking directly to us.”—Steven Spielberg

It was a mere ten years ago that Steven Spielberg’s action film Minority Report, based on a short story by Philip K. Dick, offered movie audiences a special effect-laden techno-vision of a futuristic world in which the government is all-seeing, all-knowing and all-powerful. And if you dare to step out of line, dark-clad police SWAT teams will bring you under control. (more on tenthamendmentcenter.com)