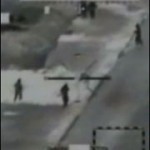 The nation’s largest consortium of police officials calls for the limited use of unmanned drones in local law enforcement operations and urges that the controversial aircraft — popular weapons on international battlefields — not be armed.

The first national advisory for the use of unmanned aircraft issued by the International Association of Chiefs of Police (IACP) comes as federal lawmakers and civil rights advocates have expressed deep concerns about the vehicles‘ use in domestic law enforcement.

Only a handful of police agencies, including the Mesa County, Colo., Sheriff’s Department, use unmanned aircraft. Don Roby, chairman of the IACP’s aviation committee, said an increasing number of departments are considering unmanned aircraft for such things as search-and-rescue operations, traffic accident scene mapping and some surveillance activities.

In July, federal lawmakers, including Mississippi Rep. Bennie Thompson, the ranking Democrat on the House Homeland Security Committee, expressed concerns about the potential risk of arming the vehicles as they are being increasingly considered for use.

Some of the vehicles, Thompson said, have the capacity to „shoot (stun gun) projectiles, tear gas and rubber balls from 300 feet above ground.“

Roby said the guidelines represent an „urgent“ attempt to redefine the value of aerial drones away from the battlefields of Afghanistan, Iraq and Yemen. „It’s very important that people understand that we won’t be up there with armed predator drones firing away,“ said Roby, who is a Baltimore Police Department captain.

In cases in which a drone is to be used to collect evidence that would probably „intrude upon reasonable expectations of privacy,“ the IACP’s guidelines recommend that police secure search warrants before launching the vehicle.

The American Civil Liberties Union (ACLU) said in a statement that it „applauded“ the police group for „issuing recommendations that are quite strong in some areas.“

„At the same time, we don’t think these recommendations go far enough to ensure true protection of privacy from drones,“ the ACLU said, adding that privacy protections need to be enshrined in law, „not merely promulgated by the police themselves.“

Some legislative proposals, including a bill by Sen. Rand Paul, R-Ky., calls for authorities to secure warrants before all uses, except when the aircraft is being used to patrol the borders, when there is a threat of terrorist attack or in cases when life is threatened.

Steve Ingley, executive director of the Airborne Law Enforcement Association, which promotes the use of aviation in public-safety missions, said it is necessary for police to respond quickly to the civil liberties concerns outlined in proposed legislation and by civil rights advocates.

„This (drone use) is a good potential tool for law enforcement but it’s important for people to know that this is not the Predator,“ Ingley said. „This is very different.“