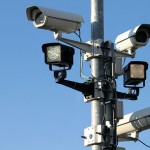 The tendency of some spy agencies to overstate security threats in order to secure governmental funds is hardly novel. But officials in the South African Secret Service appear to have gone a step further: they allegedly paid some of their informants to make bogus threats against the government, in order to prompt an increase in counterterrorist funding. According to Pretoria News, which is owned by The Independent, South Africa’s largest newspaper consortium, the bogus threats were aimed at creating “a false impression of imminent, unprecedented attacks on black people and African National Congress (ANC) members”.

The ultimate goal of the perpetrators, says the paper, was to benefit personally from an increase in counterterrorist funding, which is said to run at around R600 million (US$72 million) per year. The plan was carefully designed to coincide with the run-up to the ANC’s centennial celebrations, which took place in January of this year. In one case, an informant was paid by Secret Service officials to record a video message threatening an uprising by whites against the country’s black-majority government, unless the latter put an end to the occupation of white-owned farmland by landless peasants.

One video, which made “chilling threats” against black Africans and members of the ANC, was made publicly available on YouTube, causing widespread concern and prompting the government to beef up security measures around ANC facilities in several areas of the country. The threats also led to an extensive government investigation. During stage two of the plan, the culprits asked for cash funds in order to remunerate a number of informants that had allegedly tipped them off about the individuals or groups behind the threatening videos. However, instead of using the money to pay off the informants, the intelligence officers used it to enrich themselves. According to Pretoria News, government investigators have produced a five-page report about the scam, which lists the names of the perpetrators and the informants, and details the methods they used to secure government funds. The paper says it spoke to an unnamed “senior national police official”, who said that some of the perpetrators had agreed to collaborate with government investigators in exchange for immunity from prosecution. The revelation of this latest scam is expected to fuel widespread concern about the increasing corruption in South Africa’s security and intelligence agencies.